On our recent trip to Europe to attend the number one race of the Formula 1 Season – the 2017 Monaco Grand Prix – we flew British Airways First Class. Here, we offer insights into the flight and lounge experiences with the UK flag carrier. 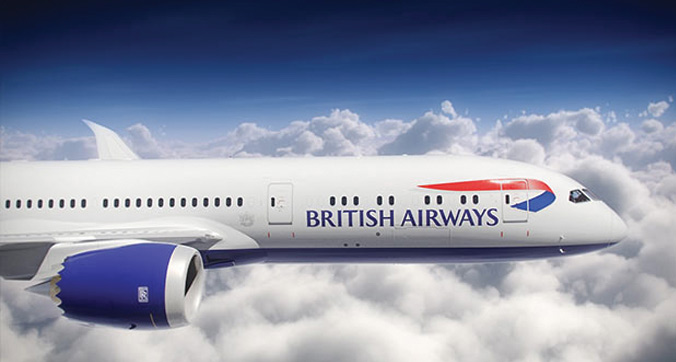 On the Sydney-London route, British Airways operates the centre-piece of their long-haul fleet, the Boeing 777, between Sydney to Singapore then the Airbus A380 from Singapore to London. The overall experience was enjoyable. We felt that there was no gaping difference between the B777 and the A380. If we did have to nit-pick however, it would only be that perhaps the A380 offered larger storage spaces that better fit cabin luggage – but it’s only fitting given its superjumbo dimensions.

The First suite is elegant looking and very comfortable. The seat unfolds into a 198cm fully flat bed with a quilted mattress, duvet and pillow provided – all of which facilitated a restful sleep particularly on the A380 on the Singapore to London leg. There is plenty of space to move about and ample surface space to work and dine without bumping your elbows into anything!

Short-haul flights within Europe on a British Airways First Class ticket actually means you are travelling in business class between European countries, or Club Europe. Aboard the Club Europe cabin, the best seats are on the left-hand side rows because the seats in the middle are removable and are most likely to be kept free so you essentially get more space to work or relax. Sitting on the window seats do not have this advantage and ultimately feels no different than travelling in economy.

This service is a hybrid service between First and Business Class and only operates from London City Airport – otherwise known as Club World London City. If flies between London City and New York JFK airports and touches down in Ireland for immigration (so you don’t need to do it in New York). With only 32 seats on board, of which all transform into 183cm fully flat beds, it feels like being on a private jet. The service, therefore, is also of private jet standard and is attentive and impressive. Working or charging devices on board is so easy with power points so readily accessible.

In Sydney, British Airways First Class passengers are offered the Qantas International First Lounge in Terminal 1. This is one of the best lounges in the world and we lamented in the fact that we could not savour its many renowned features due to the limited time we spent there. But for those who do have the time, we strongly recommend arriving for your flight early. In fact, arrive too early if you can as you will find too early is not early enough – the lounge opens at 5am. Take your work with you, beat Sydney’s peak hour traffic, and work in a relaxed and quiet atmosphere in the lounge. There are dedicated private rooms where you can work in peace. Most importantly, take advantage of the day spa which is hidden in a haven of lush, vertical garden greenery. As a British Airways First Class passenger, you are given a phone call the day before your departure to see if you would like to make a reservation for a treatment, whilst all other passengers book in on a ‘first in, first served’ basis.

The British Airways Lounge in Singapore’s Changi Airport is very quiet and very private. In fact, it’s so private that we missed the entrance the first time we went looking for it. It’s located in Terminal 1 one level up from the main concourse. The highlight is the Concorde Bar strategically placed in the centre of the lounge. The Concorde Bar lends itself to the private Concorde Room line that the airline’s flagship London Heathrow lounge is famous for. The space is exclusively for British Airways First Class passengers and was vastly quiet during our visit, with only a couple of guests present, which only added to the exclusivity of it all. For nourishment, an a la carte menu ensures you are served – no self-service here.

The rest of the lounge, available also for Business Class passengers, is also quite pleasant and was thankfully not as crowded upon our arrival (shortly after 9pm). The meal choices were limited but what was available was of good quality. There are shower facilities which can get busy, so we would recommend pre-booking if you plan to use freshen up. There was unfortunately limited staff at the time and the lighting offered a lot glare which was not favourable on fatigued travellers.

Situated in Terminal 5, the British Airways arrival lounge is so useful for travellers who are in transit in London. It is wonderfully spacious with a good spread of food and drink on offer and an a la carte menu in the Concorde Room. The spa features 25-minute ELEMIS treatments but is would strongly recommend pre-booking or you could be looking at around an hour waiting time.

The well-known Concorde Room for British Airways First Class customers lived up to its reputation and was overall a good experience. But it’s popular so use of some of the facilities, like the Spa and the cabanas can cause a wait of up to an hour. The place is spacious with shower facilities and small, private areas with a reclining lounge where you can have a lie down and even order room service. There is also a computer room and a room where you can see all the planes take off and land. You can pre-book on 08004087667 or email youfirst@email.ba.com

The Canopy Lounge in Nice Airport is located on the Mezzanine Floor on the right-hand side of the main departure lounge. Formerly known as Salon Riviera, it underwent a refurbishment in 2016 and is now a visually pleasing space with tasteful décor and lighting. The buffet had limited meal offerings and no hot food at all. Free Wi-Fi is available and you can enjoy a glass of Jacquart champagne on arrival if you ask for it at the reception.

Some program may not take effect till weeks later, if accurately rate the effectiness, we can send you a link to rate this program later.

yes, I will rate in